My Marital Future: Be The Right Person

“Now the LORD God said, it is not good (sufficient, satisfactory) that the man should be alone; I will make him a helper meet (suitable, adapted, complementary) for him…

And the rib or part of his side which the LORD God had taken from the man He built it up and made into a woman and He brought her to the man.” Genesis 2:18, 22 (AMP)

I heard someone say that ‘several people prepare intensely for the wedding day, but very few prepare for MARRIAGE.’

I completely believe in the validity of this statement.

While most of us sisters go about in tight-fitting clothes and make-ups, I want to tell you that God has His own pattern through which He ‘makes’ women out of girls for men who are actively in His purpose.

However, it is imperative we state here that we are not against cosmetics.

Rather, we are completely against trying to ‘make-up’ in order to appear outwardly what you are inwardly not.

The Bible, our rule of life, defines such attitude as HYPOCRISY!

Instead of running helter-skelter praying for a husband, let me ask you sister, are you a WIFE?

Are you a right person?

Many young women go about looking for ‘Mr. Right’ when they themselves are ‘Miss Wrong”!

God said “…it is not good (sufficient, satisfactory) that man should be alone; I will MAKE him a helper…”

Sister, are you a HELPER?

Are you permitting God to “…make…” you even now?

How do you hope to end up with a God-given husband when obeying the same God is a problem to you now?

God does not give His men “troubles in the flesh”, no.

He gives them wives; women who are ‘fitting’.

I ask you again, are you a right person?

Are you submissively and completely under God’s control?

If not, you are not yet a ‘Right person’.

The Bible says that God makes women and the type of women He makes are helpers.

“Jeremiah, go down to the potter’s house. I will give you my message at the potter’s house. I saw the potter working with clay at the wheel. He was making a pot from the clay. But there was something wrong with the pot. So the potter used that clay again, and he made another pot. He used his hand to shape it the way he wanted it to be. Then the message of the LORD came to me: family of Israel, you know that I (God) can do the same thing with you. You are like the clay in the potter’s hand. And I am like the potter!” Jeremiah 18:2-6 (ERV)

Something was wrong with the first pot, so he used the SAME clay again to form another pot.

There are some things that are wrong in your life right now. Attitudes and behavioural patterns that cannot be found in the life of Jesus (our perfect example).

Let me warn you, if you refuse God’s help to remove these ‘wrong things’ now, these same things will work against you and ensure you do not end up with the man that is God’s will for your life.

The potter made that pot again using the same clay.

My God can make you ‘again’, regardless of what you have been through – whether it is emotional heartbreaks, sexual or physical abuse, low self esteem, a terrible past you don’t like remembering, let alone talk about and so on.

It doesn’t matter what it is, Jesus is able to completely help you!

There is a way God wants you to be. It is when you become “that way” internally and externally that God can lead you to His own man, whom He has prepared you for.

Don’t be under any illusion that ‘God has stopped joining a man and a woman together’.

If God is still a God of purpose, do you think the person you will marry won’t matter to Him (especially when marriage has every potential to add color to or remove color from God’s purpose in your life)?

“…And the rib or part of his side which the LORD God had taken from the man He built up and made into a woman and He brought her to the man.”

The rib… the “…part of his side…” If you let God make you into a right person, you will find out that you are a “part” in a particular man’s life.

You will discover you are his missing part without which he can never be complete because God says, “…It is not good (sufficient, satisfactory) that the man should be alone…”

You will become his life partner because you have a “part” in him and he has a “part” in you. And, of course, it is the union of two parts that forms a single individual. You will no longer be two but one.

“…For this reason a man shall leave his father and mother and shall be united firmly (joined inseparably) to his wife, and the two shall become one flesh.

So they are no longer two but one flesh. What therefore God has joined together, let no man put asunder (separate)” Matthew 19:5-6 (AMP).

Jesus clearly revealed to us in this scripture that it is God who ‘joins’ people together. It is not the man or woman involved, neither is it their pastors or parents.

“…He built up and made her into a woman and brought her to the man.”

When you permit God to make and build you, the eventual result is, you become a WOMAN. You stop being a girl.

There are several ladies in their thirties and forties today who are still girls. They are not spiritually, emotionally, financially and mentally matured.

Even though they have big bodies, in reality, they have small brains.

If you are not matured in all the categories listed above, you are still a girl, too, and relationship is not meant for girls but for women.

The person that will do the ‘bringing together’ is God, not your lipstick, miniskirts or tight-fitting clothes.

If all these matter to you, just know that you are actively organizing a husband for yourself. And the type of husband you will get for yourself will be absolutely inferior to what is in God’s mind to bless you with.

Instead of looking right and left for ‘Mr. Right’ , look inward and ask yourself, “Am I the right person?” 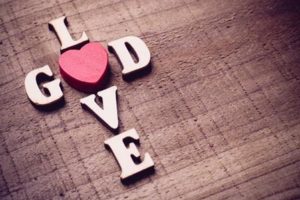 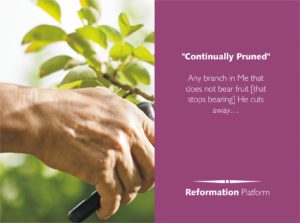